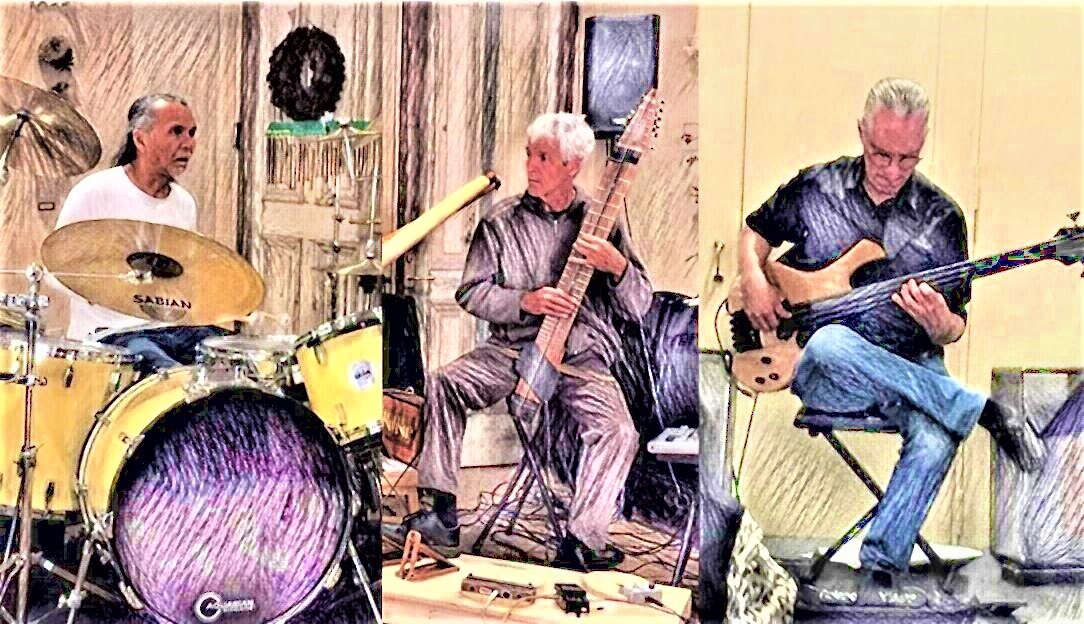 Each year in the winter and spring, the Tallman Hotel hosts an intimate series of Sunday afternoon “Concerts with Conversation.”  The shows feature some of the best musicians in Northern California and beyond in the lovely, informal setting of the Meeting House next to the Hotel.  The events run from 3:00 to 4:30 in the afternoon, offering plenty of time for a late lunch or early dinner at the Blue Wing Restaurant  Tickets at $30 + tax can be purchased online at EVENTBRITE.COM or by calling the Tallman Hotel at (707) 275-2244 ext. 0.

The second concert of the 2022-23 season features a wonderful combination of unique instrumentalists.  If you haven’t seen the “Chapman Stick” played to perfection, you’ll be amazed by the virtuoso work of BOB CULBERTSON.  Bob will be complimented on the fretless bass by MICHAEL MANRING together with the stylish percussion work of RICK ALEGRIA.

With well over 100,000 albums sold, and many students to his credit, Bob Culbertson has become one of the most influential Stick soloists in the world today.  An early adaptor of the Chapman Stick, Bob is famous not only for his technique on the instrument but for his compositional talent.  Inventor Emmett Chapman calls Bob Culbertson “the Segovia of the Stick.”

Michael Manring has developed a new approach to the bass guitar that includes unorthodox tunings and techniques.  He has honed his skills on hundreds of session and solo recordings and thousands of concerts throughout the world.  Michael developed his own unique instrument, the hyperbass, that allows for instant re-tuning of all four strings simultaneously.  “It’s an absolute joy to play,” he says.

A native of San Jose, Rick Alegria has performed and recorded with stars such as Bo Diddley, Maria Muldaur, Rosanne Cash, and Elvis Costello.  He has a unique style that has complemented Bob on a number of Lake County appearances.