Charged Particles with Paul McCandless at Tallman Concert with Conversation 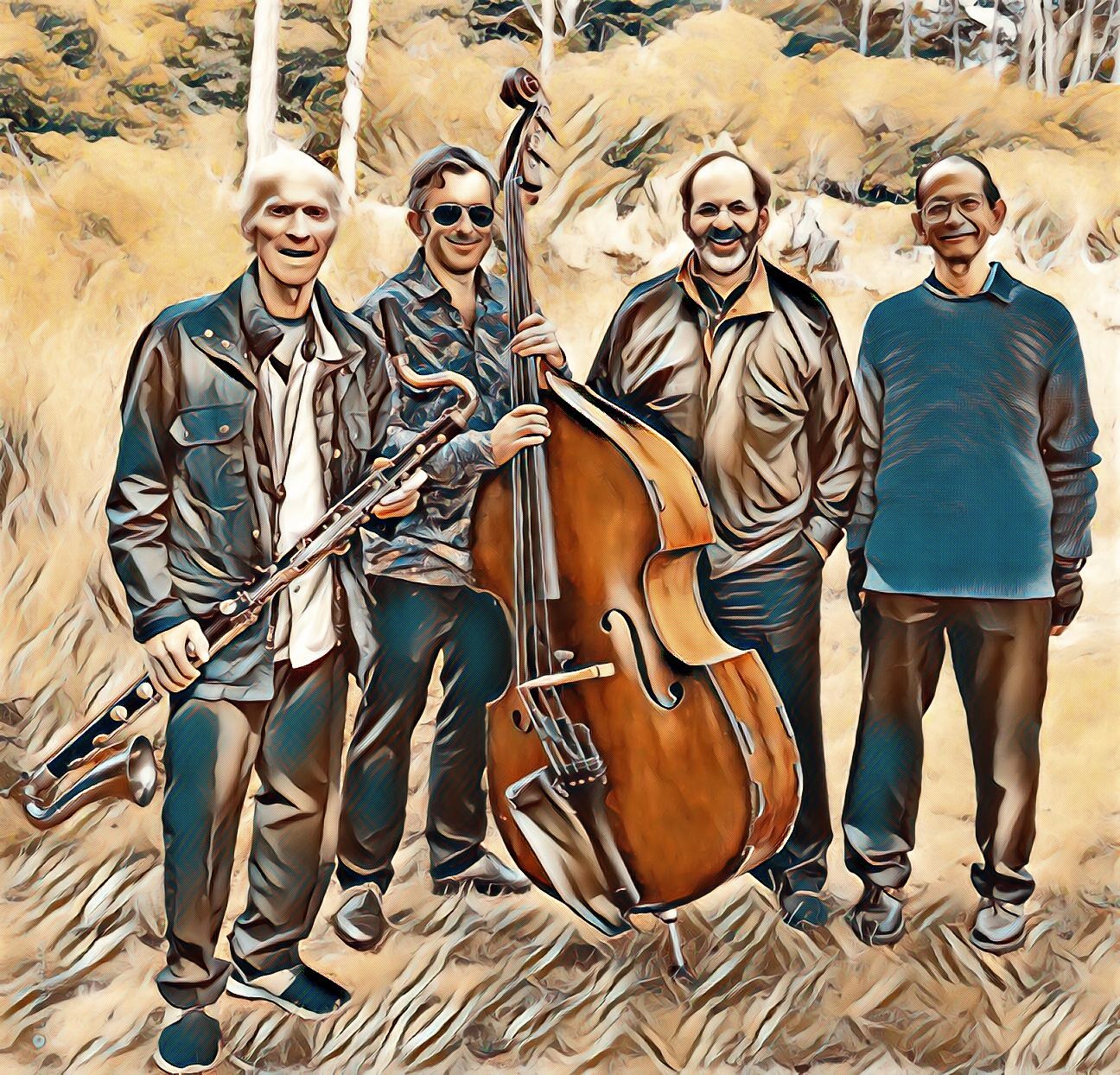 Each fall and winter, the Tallman Hotel hosts a series of monthly intimate and informal Sunday afternoon house concerts, mostly in the Meeting House next to the Hotel.  To end the ’21-’22 season, today’s concert will be held outdoors in the garden between the Tallman Hotel and Blue Wing Restaurant.
And to end the season in style, we feature the world-famous avant-garde jazz trio CHARGED PARTICLES together with our favorite wind-instrument player PAUL MCCANDLESS.

Note on the artists:

The most exciting and creative music being made today crosses stylistic boundaries and blends diverse traditions to create engaging new sounds.  Charged Particles features three of the country’s virtuosos doing just that in the acoustic and electric jazz arena.  Murray Low is a keyboard wizard with dazzling Latin-jazz technique and imaginative improvisational skills.  Aaron Germain is an inventive and sophisticated acoustic and electric bassist.  Along with fiery drummer Jon Krosnick, these players are making some of the most electrifying jazz in the country today.
An exciting recent innovation for the group has been its collaboration with powerhouse reed player Paul McCandless (of the famed super-group Oregon) playing his own compositions.  The group has been appearing as headliners at the famed jazz clubs Birdland (in New York City), Blues Alley (in Washington, DC), Yoshi’s (in San Francisco), and Nighttown (in Cleveland), as well as at the San Luis Obispo Jazz Festival, the Stanford Jazz Festival, the Erie Blues and Jazz Festival, and other venues around California and the east coast.