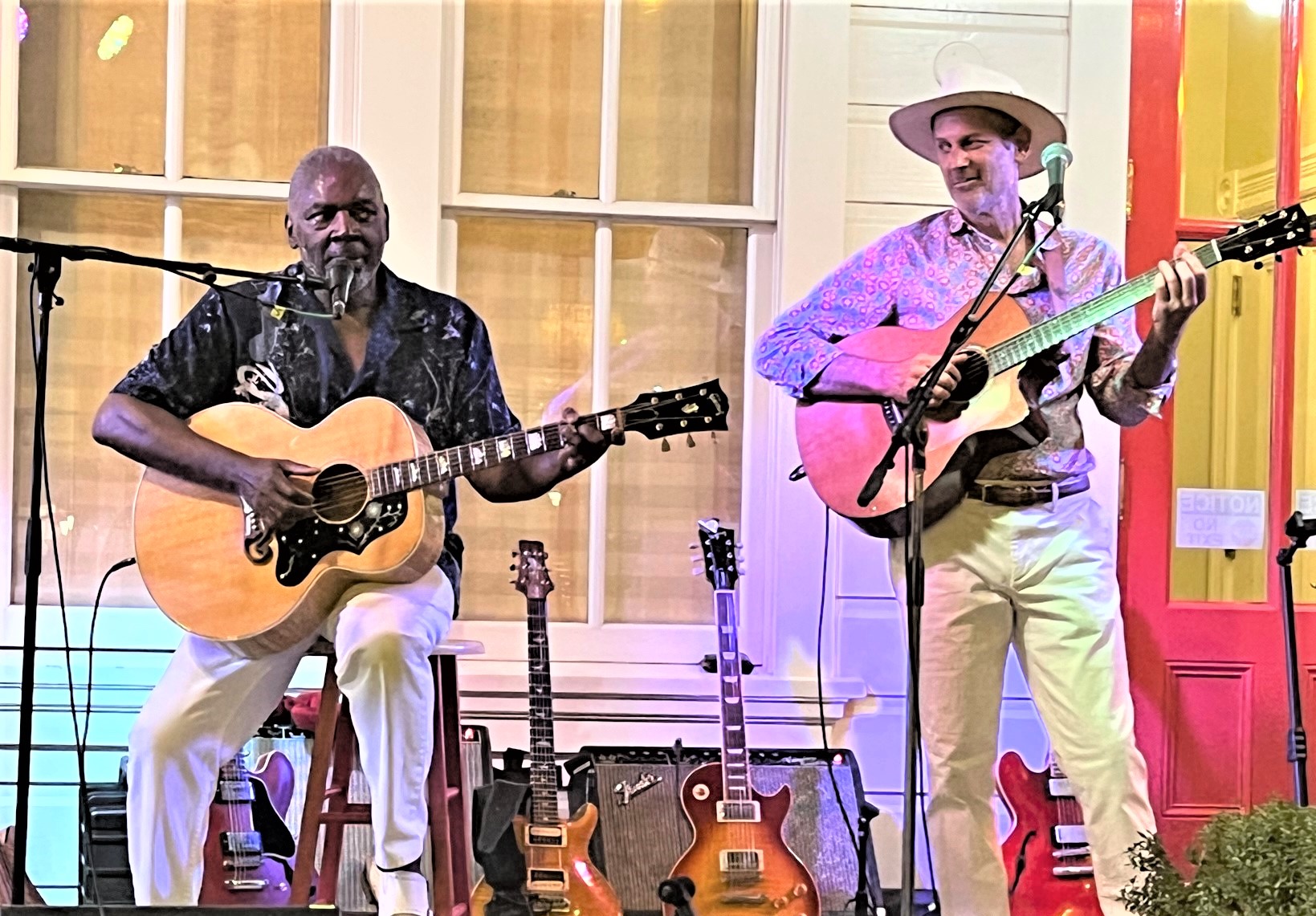 Each year in the winter and spring, the Tallman Hotel hosts an intimate series of Sunday afternoon “Concerts with Conversation.” The shows feature some of the best musicians in Northern California and beyond in the lovely, informal setting of the Meeting House next to the Hotel. The events run from 3:00 to 4:30 in the afternoon, offering plenty of time for a late lunch or early dinner at the Blue Wing Restaurant.  Tickets at $30 + tax can be purchased online at EVENTBRITE.COM or by calling the Tallman Hotel at (707) 275-2244 ext. 0.

The January show features the dynamic blues artist ALVON JOHNSON backed on guitar and vocals by the songwriter, arranger and band-leader DAVID LANDON.

Formerly a vocalist with the rock and roll Hall of Fame group The Coasters (“Yakety Yak,” “Poison Ivy,” etc.), Alvon Johnson went out on his own and was voted 2005 Blues Guitarist of the Year.  A polished musician and engaging personality, Alvon travels the world singing and swinging blues and jazz standards with various Big Bands.  When he performs in Poland and other European countries, he’s referred to as the “King of the Blues.”  At our 2022 Blue Wing Blues Festival, his acoustic set with David Landon captured the heart of the audience.

Singer, Songwriter and guitarist David Landon brings over 20 years of experience from the stage and studio to every note he plays. In the early days of David’s professional career, he lived and performed in Paris and was a fixture in the European club and festival circuit.  Since his return to the US, David has formed his own band, released 5 solo CDs, and played in countless recording sessions.